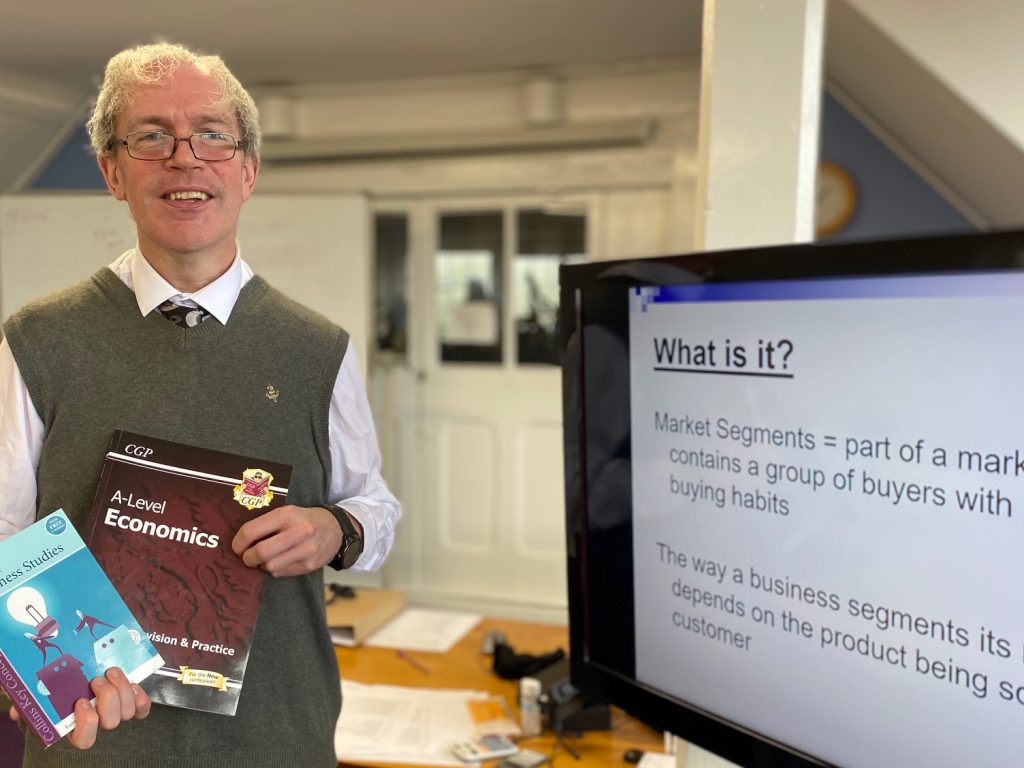 Meet new Economics and Business Studies teacher Raymond Armour who is not only highly knowledgeable in the academic subjects he teaches here at Adcote, he has other strings to his bow – and they’re electric! Mr Armour has taught Economics, Business Studies and Computer Science at a number of private and state schools in both the UK and in Italy. He is also an accomplished guitar teacher with a famous ‘prodigy’ to his name. He has even built guitars himself.

In fact, his teaching career started at the tender age of 15 when he began teaching the guitar to friends and fellow pupils at his school. He continued teaching the guitar part-time through college and then university where he studied for a degree in Economics.

Music was his first love. After graduation, he worked as a peripatetic music teacher in Staffordshire before studying for his Post Graduate Certificate in Education in Business Studies, Economics and Computer Science. He has taught at schools in Hertfordshire and Staffordshire. He recently returned from Milan where he taught at an international school.

He is still passionate about music and he has brought two of his electric guitars into the classroom, where they are available to inspire and enthuse students who are interested in music.

The Prodigy
Mr Armour’s former guitar pupils include Jim Davies, the former live and studio guitarist for The Prodigy, who was responsible for one of the most iconic guitar riffs of the 1990s, The Prodigy’s
‘Firestarter’. Jim didn’t forget his former guitar teacher who was supplied with free tickets to concerts for years.

Mr Armour was also teaching at a guitar school when Robbie Williams walked through the door to learn bass at the height of his Take That fame. Adcote’s fledgling rock band now have more rock guitar knowledge that they can plug into!

The Business Studies classroom might look reminiscent of a scene from the Hollywood blockbuster movie ‘School of Rock’, but no electric guitars are actually used during lessons!