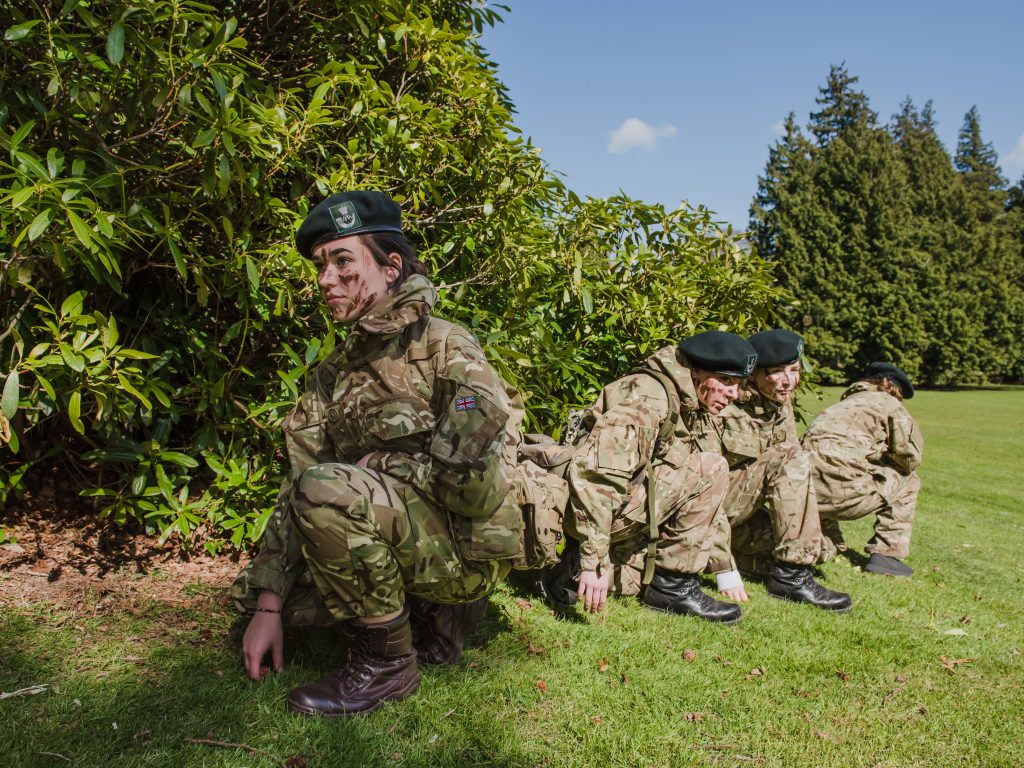 Not everyone can do it, in fact not everyone who does signing up to do it can complete it. It does take a certain person to have a go and succeed. What are we talking about here? The Duke of Edinburgh’s Award scheme of course. Although His Royal Highness may be standing down from the public spot light after a life of service, the scheme he championed continues. This year we have seven girls attempting their Gold award and 12 starting out on their Bronze.

Last weekend saw both teams being put to the test. The Gold Girls, Elena, Marta, Fiona, Charlette, Lyla, Nimo and Zoey had their first taste of their chosen mode of travel – in a Canadian Canoe. They set off for Whitemere lake; it was going to be a day of lifting, pulling and paddling. The day ended with capsize drills – wetsuits were provided! The group hoped that it would be the last time that they would have to leave the boat in such a dramatic fashion! They all came back to school tired but satisfied that they had started to master the craft. Only another nine days on the water before the adventure is complete. To complete the challenge, they will have to paddle 125km down the River Wye, unsupported! The next practice is on the Shropshire Canal, with their first overnight camp.

The Bronze Girls have been working together all year on the Wayfarer Project, this was the first chance they have had to put a range of skills to the test. Route cards were completed, rucksacks packed and they were ready to begin a 20km walk over two days. Team ‘Watch out there are 7 of us’ stepped off with great purpose and gusto. Team ‘Metal’ started 20 minutes later.

The first day should have been from Merrington Pools back to Adcote. All seemed to be going well until the first change in direction. WOTA7OU dispersed over the horizon; unfortunately it was the wrong horizon. Lowri from Team Metal realised the mistake with some careful map reading and led her team safely to the correct check point. Over the course of the day, there were some great examples of great map reading and some examples of not quite enough attention to detail – a great learning experience for all. All made it back to the Walled Garden which was to be their camp site for the night. Tents up, food on the go and the next day route planning took up much of the evening, along with Frisbee, football and eventually sleep. The next morning arrived with blue sky and the prospect of a scorching day. By 9am the teams were off. Team Metal hit the trail first. Their destination was to Myddle via the long route as they marched off down the main Adcote drive! WOTA7OU took their time and made some better choices and were now ahead. All made it to the pick-up with only a few aching muscles but with a sense of achievement. The final expedition will be in Wales before the end of term. Prior to that, they have a climbing day at World’s End cliff and a wild camp bushcraft weekend.