Making special memories: Adcote voices in a choir of 6,000 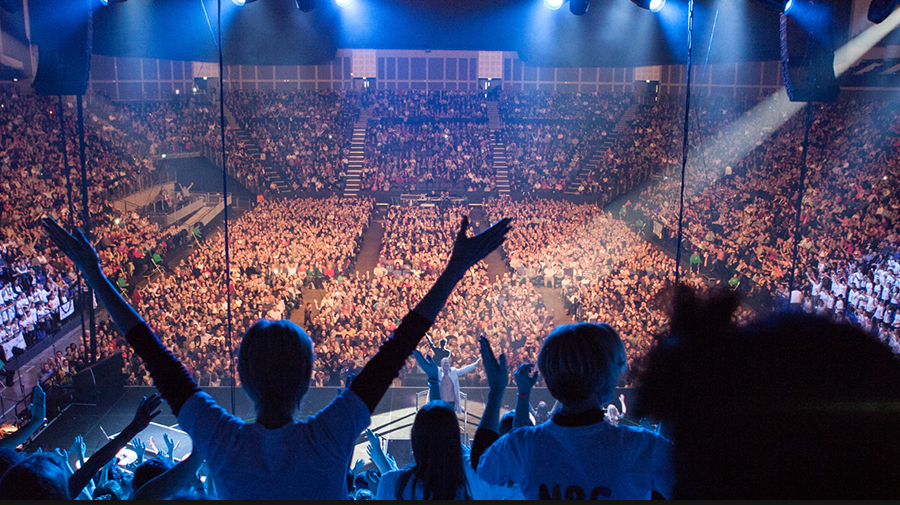 Imagine singing in a choir of 6,636, filling a vast concert arena with songs that make the heart soar and the feet dance and singing alongside big stars of the music world.

This was the experience for all 40 of Adcote’s Prep School pupils who, last Wednesday, set off on a coach for Birmingham’s Genting Arena and the annual Young Voices extravaganza.

It was their opportunity to take part in the biggest children’s choir concert in the world and perform to a packed arena of many thousands more. And wow did the Adcote contingent make the most of this special experience .

“There were 6636 children in the Young Voices Choir who had the incredible opportunity to sing to a packed out arena. They performed a huge variety of music from Abba to Coldplay, American folk songs to The Greatest Showman,” said Adcote music teacher Mr Bunn.

“Young Voices is about giving children the opportunity to experience a once in a lifetime event and this was definitely the case when the choir had the chance to sing with the megastar, Tony Hadley, the former lead singer of Spandau Ballet who is now enjoying a successful solo career. What an incredible moment!

“And the big names didn’t stop there! All the special guests, including Beau Dermott from Britain’s got Talent, Sharlene Hector from Basement Jaxx and the dance group Urban Strides, were amazing performers and there was even a special good luck message from none other than Hollywood actor and the star of The Greatest Showman movie Hugh Jackman.

“The concert was a huge success and the children sang their hearts out, resulting in more than a few sore throats the next day!  Well done to all those who took part. We’re looking forward to next year’s event already!”