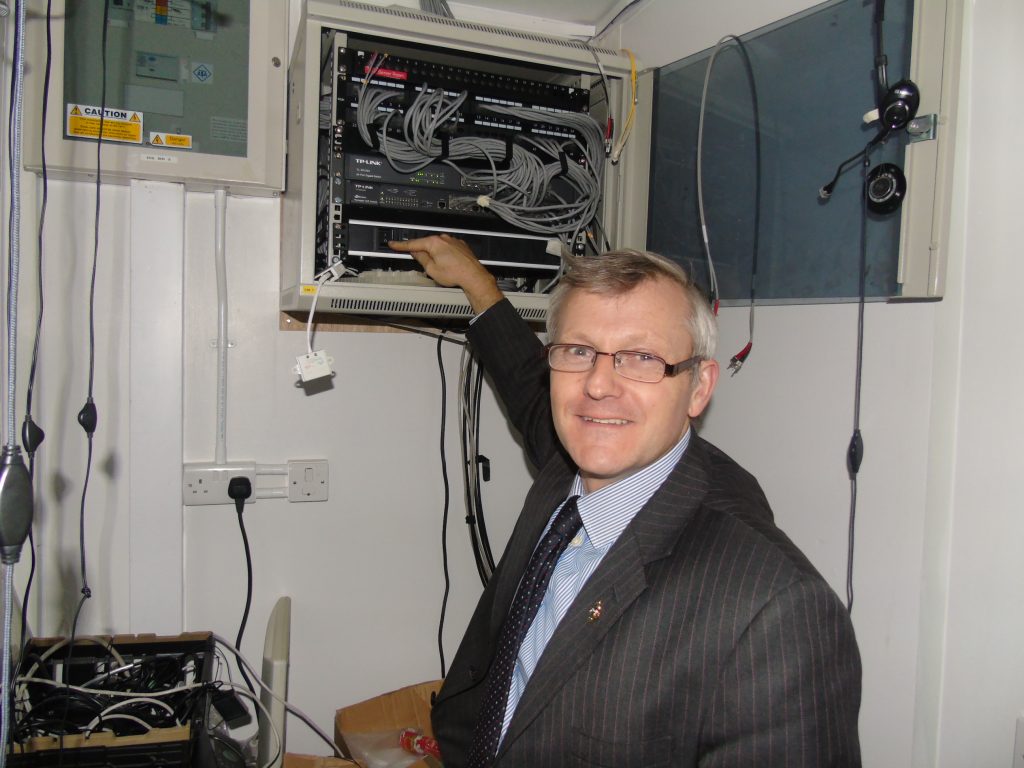 Teachers and pupils at Adcote School experienced a 48-hour digital detox as the plug was pulled on technology throughout the school.

Teachers switched to good, old-fashioned ‘chalk and talk’, with no access to Powerpoint, internet or projectors last week, and there were screams of anguish as girls realised their Facebook feeds were off limits.
But the puzzlement was short-lived. Staff and pupils did themselves proud, throwing themselves into ‘real world’ activities with great enthusiasm.

Head of Enrichment Chris Farmer came up with the idea of a whole school detox because of concerns regarding Facebook’s role in the proliferation of fake news. He says we should all switch off and ‘think deep’ – as he maintains that the mental clutter of social media gets in the way of proper reflective thinking and engagement with issues that matter.
He said: “Fake news is easy to distribute at no cost and it has led to audiences that believe it. Recent statistics indicate that 83% of Facebook users believe fake news stories.

“There is also the issue that users participate in creating fake news, not just consuming it. No-one puts up on Facebook that they’ve had a miserable day – it’s a way of propagating lies.

“Also, as I told the girls in assembly, no-one really has 300 friends. They’re not real friends – someone who will give you a hug, will listen to you and trust you and doesn’t want anything in return. That’s not a Facebook friend. I hope that by switching off, girls will enjoy more time with real friends. I hope they will realise that they have more time to do stuff that is really important, not just going on YouTube and watching a puppy run into a glass window – again.”

Normally, girls are allowed to check phones in their ‘private time’ but during the detox, flat screens were totally forbidden.
The WiFi was switched off all day on Thursday and Friday during the school day.

“By the end of the first day, they really had to think about it,” he said. “Hopefully, it will change their behaviour ongoing, now they realise they can survive without it.”

Head of Psychology Annie Pugh said: “Mine have got a test, so I’m alright.”