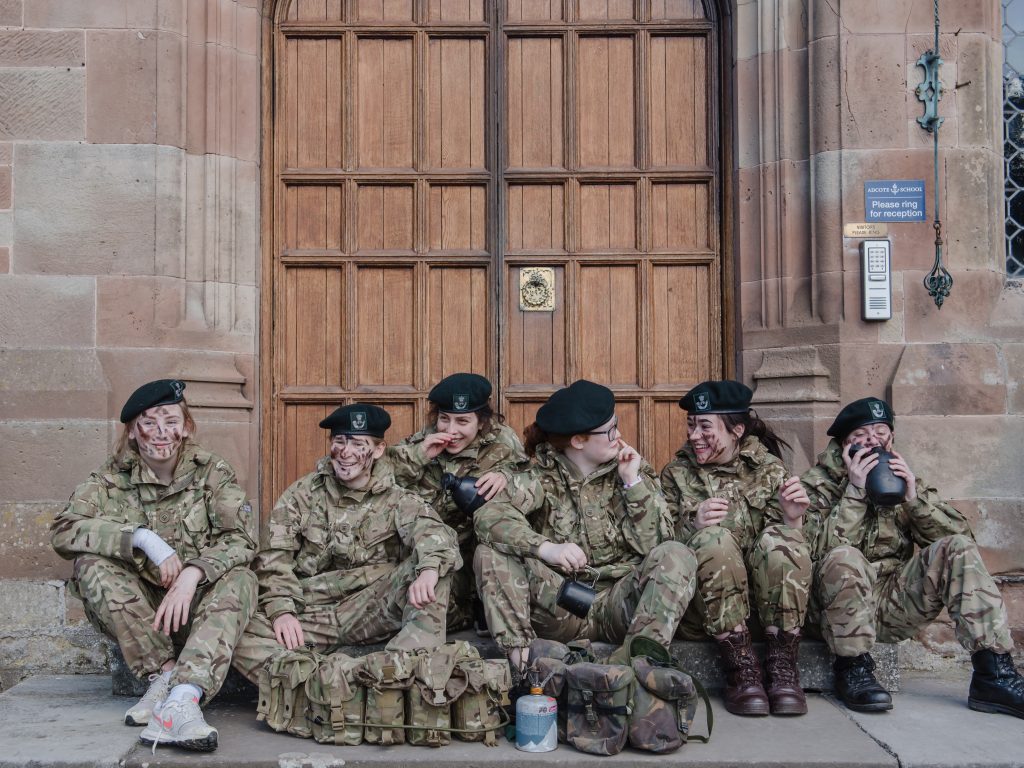 The whole school dressed up for Adcote’s Red White and Blue Day on Friday, brightening up our corridors with colourful outfits. Mrs Browne cut quite a dash, dressed up as an American Major in the US Army Medical Corps, whilst Mr Bunn looked sharp in a Belgian military uniform.

Girls were in lessons, as normal, but we celebrating in style at lunchtime, with a giant ‘street party’ on trestle tables in the dining hall.

Deputy Head of Lower School Mrs Candler said: “It was wonderful. Everyone was mixing in different year groups and talking to people they wouldn’t usually sit next to and the whole room was decorated with bunting.”

Chris Farmer showed the girls various army paraphernalia, including uniforms, helmets, guns and grenades from WWII, as well as a German map of Shropshire from operation Sea Lion – the planned German invasion of Britain.

One uniform, a heavy fabric Dutch infantry outfit loaned to us by our minibus driver’s son, once belonged to the father of a local Shropshire anaesthetist Major Kuipers, who wore it in WWII. He first served as a civilian with MI 5 and later as a reserve captain of the Dutch Army, stationed in Brussels and Antwerp (he was 27 years-old when this photo was taken). 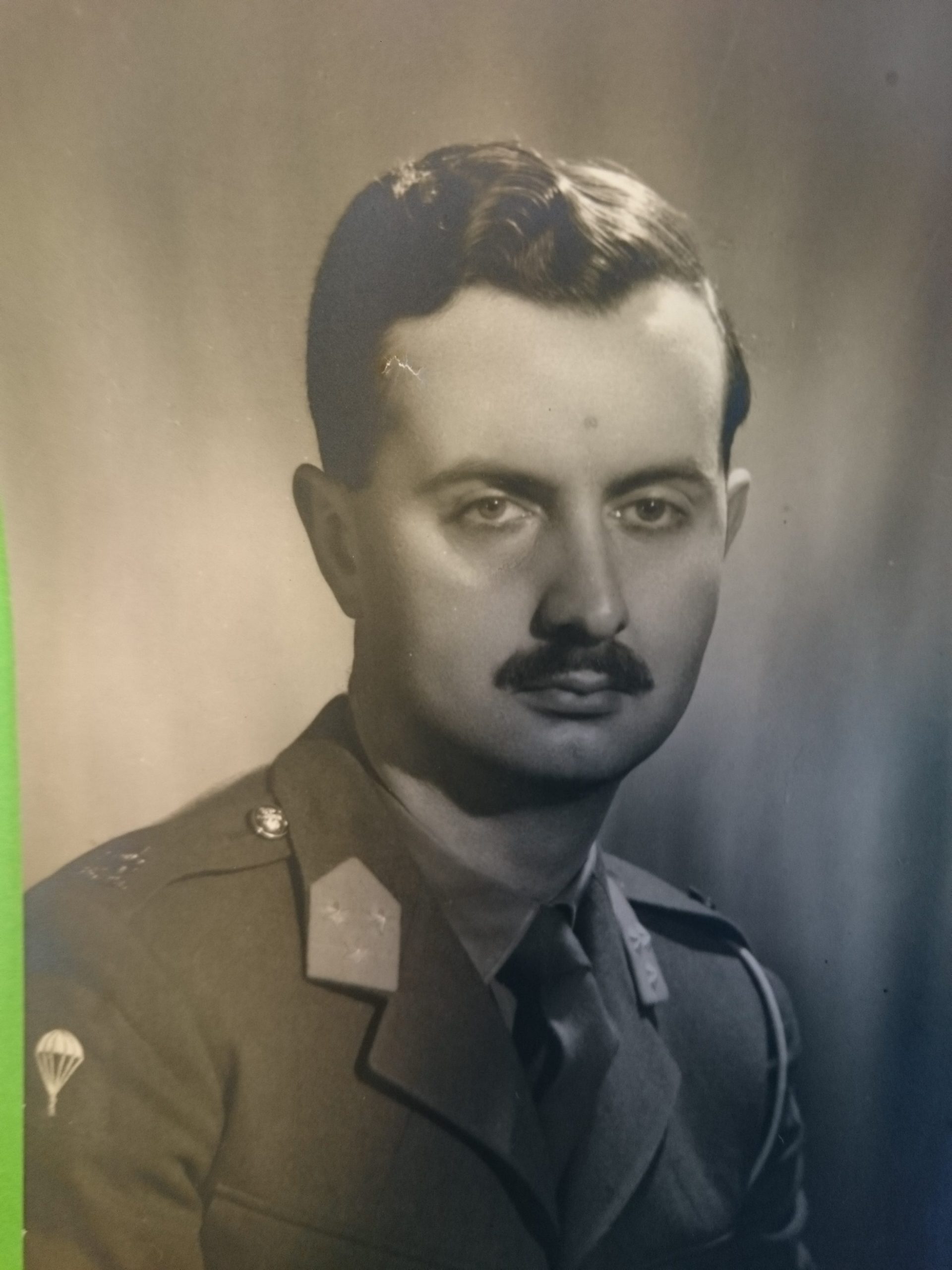 During the day, our Year 8 girls also shared their film from the Hive’s project on the forgotten crash sites of WWII, which they completed last summer. The had the opportunity to interview a local enthusiast about plane crashes in Shropshire and Welsh borders, including one at Llanymynech crossroads.

Children donated £1 in support of the ABF, The Soldiers’ Charity, the Royal Air Force Benevolent Fund and The Royal Navy and Royal Marines Charity, raising a TOTAL of £183.50. 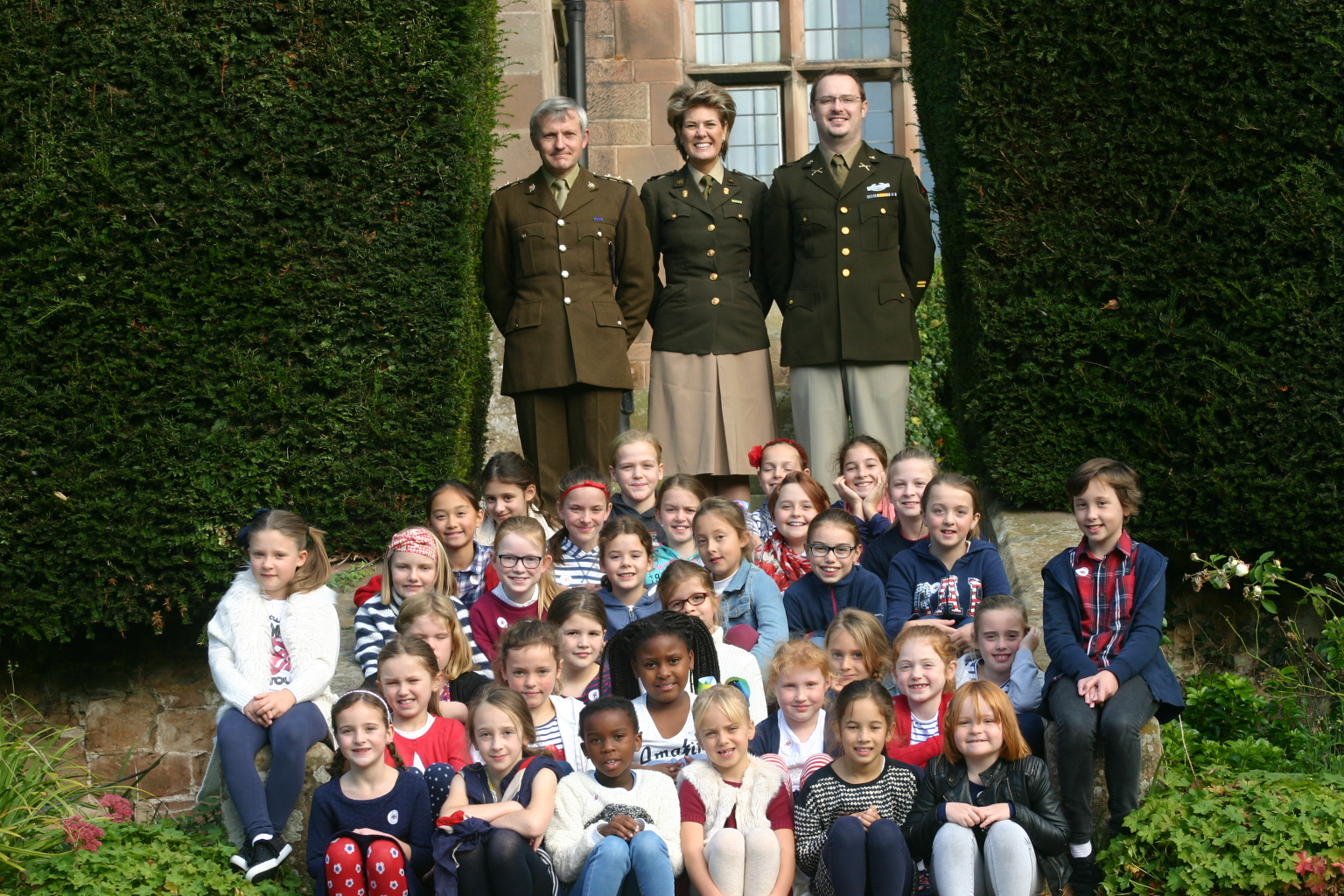 Red White and Blue Day is a nationwide fundraising campaign that takes place every October in support of the men and women of the Armed Forces. The event also celebrated 100 years of the Women’s Royal Naval Service (WRNS) www.redwhiteblueday.co.uk