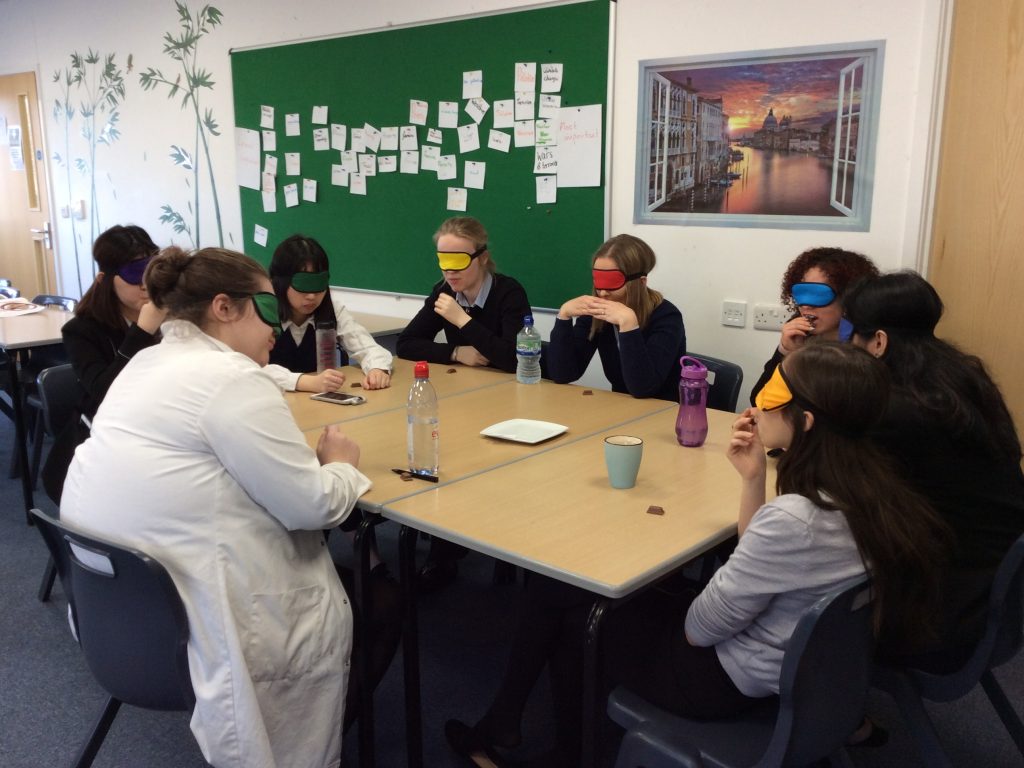 Kate Patterson lead an experiment to investigate whether the price of chocolate correlates with its taste. Other members of the Year 12 and 13 Psychology class acted as participants.

To begin, Kate briefed the participants on the procedure involved, before Miss Pugh helped her conduct a double-blind experiment to avoid any extraneous variables, such as observer bias. The pupils enjoyed participating in a live experiment, and thoroughly enjoyed the tasty and ‘not so tasty’ chocolate.

Independent variable – the price of chocolate.

Dependent variable – tasty rating on a scale of 1-10 (with 10 being the tastiest).

Hypothesis – there is a relationship between the price of chocolate and how tasty it is.

The calculated value is greater than the critical value, therefore the result is significant. We therefore reject the null hypothesis and accept the alternative hypothesis.

Finally, Kate debriefed the participants to make sure that they gave their full consent, to make them aware that they could withdraw their data at any time and that they did not suffer from any distress during the experiment. 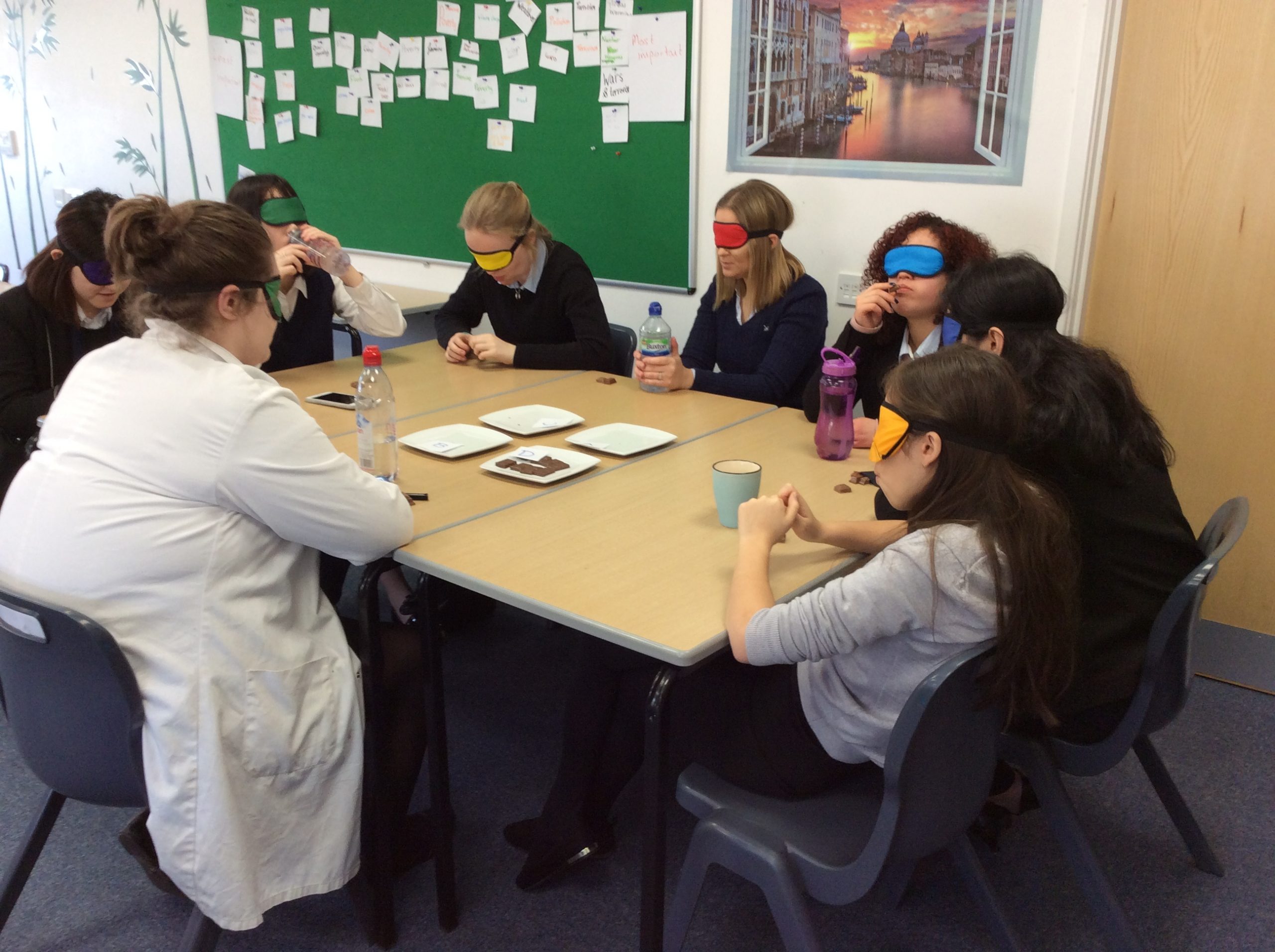 This is an example of how we apply Psychology to real-life settings, and allow the learners to engage in tasks in a practical way.