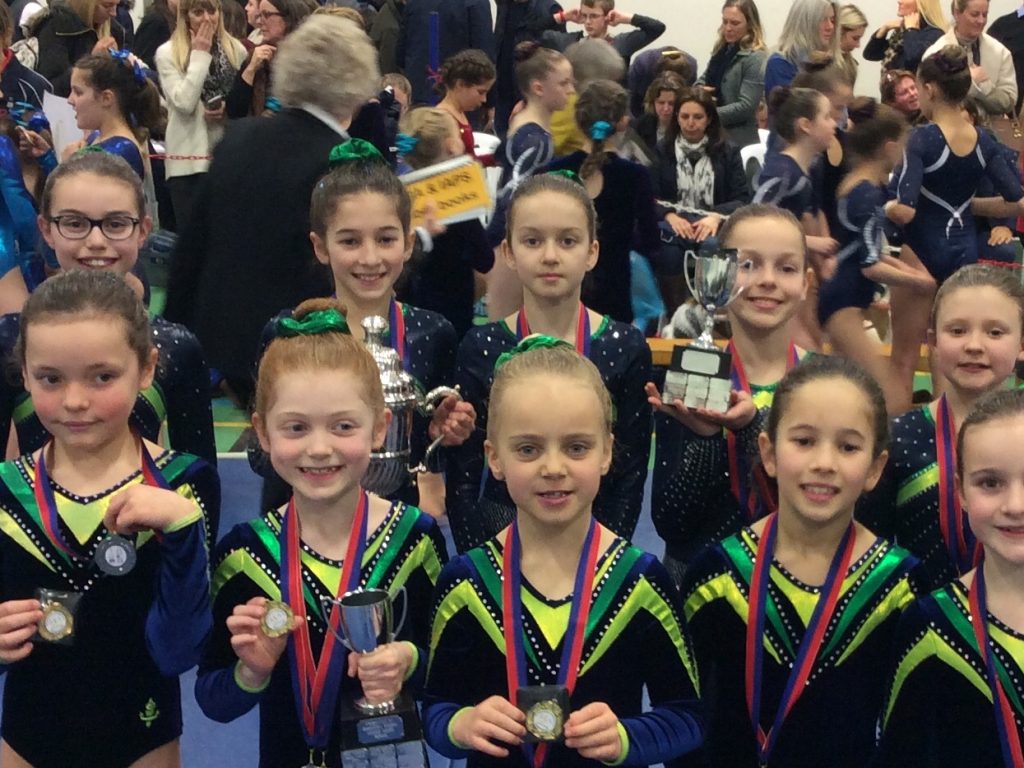 Young gymnasts from Adcote School were in dominant form as they made a sweep of nearly all the top medals in team and individual events at the 15th Independent Schools Association National Gymnastics Championships.

Adcote’s under-11 squad retained their championship title for the fourth year running winning gold in team and group sequence events while the under-9s secured silver, just missing out on successfully defending their three-year team title run.

And it was more smiles and medals for Adcote in the individual events winning gold for the fourth year running in both under-11 and under-9 categories. Medals for the under-11s were gold for Olivia Dyer, a silver for Isibeal Francis, and bronze medals for jointly 4th placed Maddie Stone and Seren Blackwell. Emilia Moxley took gold in the under-9s competition.

The Championships, held at Adcote, at Little Ness, near Shrewsbury, attracted 180 gymnasts in 32 teams representing 15 schools around the country, from as far as Kent and Sunderland, with separate competitions for both girls and boys teams.

Adcote has developed such a formidable national reputation for gymnastics over the last four years that it has prompted the school to launch a Saturday gymnastics club open to budding young gymnasts across Shropshire.

Headteacher Diane Browne said: “Here at Adcote we are passionate about gymnastics and we are thrilled that our commitment and excellent standards were recognised on a national level at the ISA National Gymnastics Competition at the weekend where our girls achieved gold medals in both team and individual events.

“Following this success we are delighted to announce that we shall be opening a recreational gym club for both boys and girls aged 5-11 here at school on Saturday mornings. The club will be opening in the spring.”

To further reflect its commitment to the sport Adcote has announced it will increase the number of gym scholarships on offer at the all-girls school from September 2018. These will be available to high calibre candidates with a track record of excellence in the sport.

For further information about scholarships and the Adcote Gym Club contact Adcote School Admissions on 01939 260202 or email admissions@adcoteschool.co.uk.