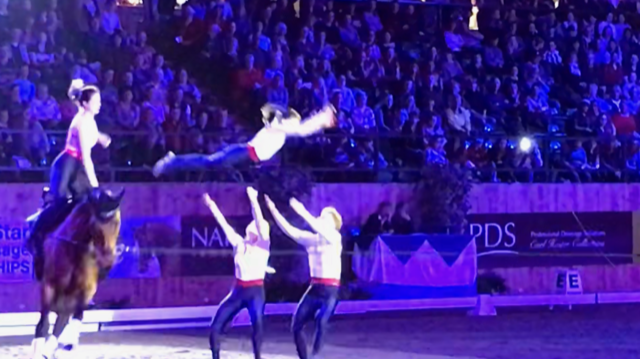 One of Adcote’s star horse riders Romilly Hayton has again been representing her country at international level and produced amazing results.

The Year 7 pupil attended an international equestrian vaulting competition in Saumur, France, after being selected from the English vaulting squad, based in Warwickshire.

They competed in the Senior 3* Squad event and achieved third place overall, just behind the current world champions and the previous junior world champions who had moved up to seniors this year.

Equestrian vaulting is similar to gymnastics but on a cantering horse. Romilly is a real star because she is so talented to compete alongside top-level senior riders at the age of 12.

“On our return from Saumur we continue to train hard in Warwick where the English Vaulting Squad are based,” said Romilly.

Wow! To compete at this top level at Romilly’s age is very special indeed. What an extraordinary talent she is.

The team also recently took part in a demonstration as part of the NAF 5* Winter Dressage Championships at Hartpury College, in Gloucestershire. One of the photos shows Romilly flying through the air! 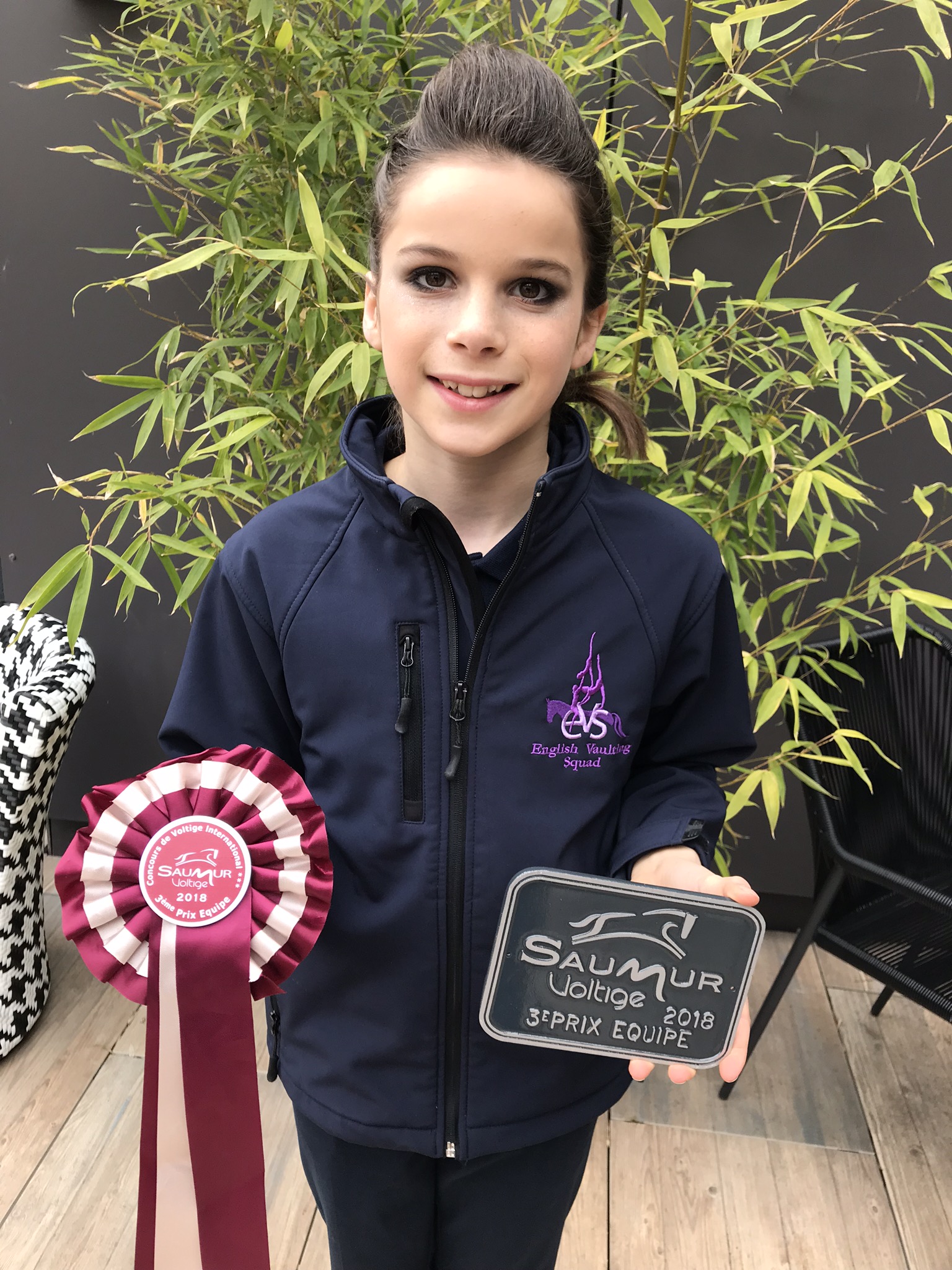