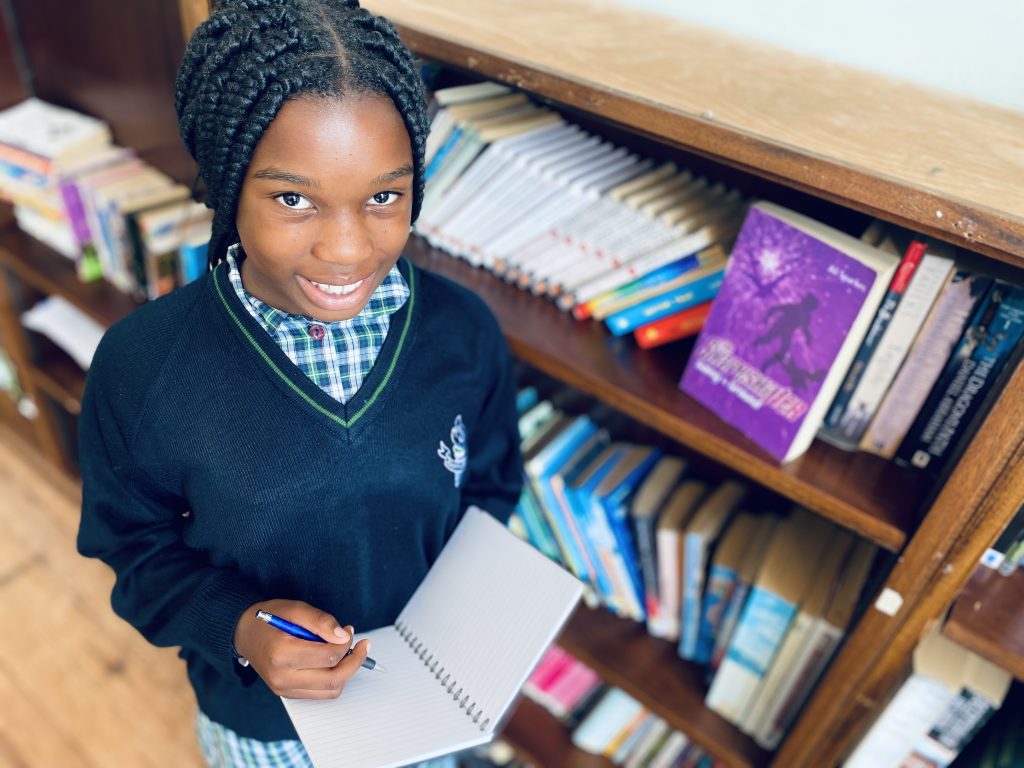 It is a dream come true and one she never expected so young in life, but talented young writer Aretha has landed her first publishing contract at the tender age of 11.

A collection of 30 poems by Aretha are to be published in her first solo book this summer by London-based publishers Austin Macauley.

The majority of these poems have been written since lockdown, a time when Aretha found her creative voice.

Her love for creative writing began at Adcote. Before lockdown her teacher had submitted one of her poems to a Young Writers competition. It was selected for publication and Aretha has had work published in many Young Writers books since then.

But the Austin Macauley book is a whole different level. The poetry collection to be published consists of 30 poems that Aretha has been moved to write on subjects close to her heart, such as nature and the changing seasons.

Her mum was so impressed by them that she sent them to Austin Macauley to consider for publication. A few weeks later, a reply from the publishers landed in the post. They said they would love to publish her work.

“I was ecstatic! I really couldn’t believe it!” said Aretha.

“Now that this has happened I have higher hopes that I could be a professional writer.”

Aretha turns 12 in two weeks, and she’s still pinching herself! To become a solo published author at the age of 12 is really something special.

As part of the marketing of the book Austin Macauley are planning for Aretha to do book signings in bookshops, including Waterstones and WH Smith. They are also creating a website for the book which will come out in print and E-book editions.

Aretha’s mum Mrs Tsanga said: “It was Aretha’s deepest desire to publish her own book, hence she started writing a collection of her own poems.

“Her poems are close to her heart, starting to write these during lockdown. As a young person, she found lockdown very challenging, but her love for writing kept her going!

“Their editors stated: ‘Aretha’s work was found to be a most engaging and immersive poetry collection, very well written, that will undoubtedly captivate a wide audience’.

“As a parent, it is a privilege and honour to witness Aretha’s achievement. No words can express how proud we are of Aretha. She is such a hard working young lady who aims to do her best in everything.

“Thank you Adcote School for helping to make Aretha’s dream of publishing come true through creative writing. We can’t think of a more perfect school for our Aretha.”

Headmistress Mrs Browne said: “We are beyond proud to hear of Aretha’s outstanding achievement. We know she is a truly gifted writer and it is fabulous that it is acknowledged in this way. Congratulations Aretha.”

We can’t wait for the book to come out! Watch this space!